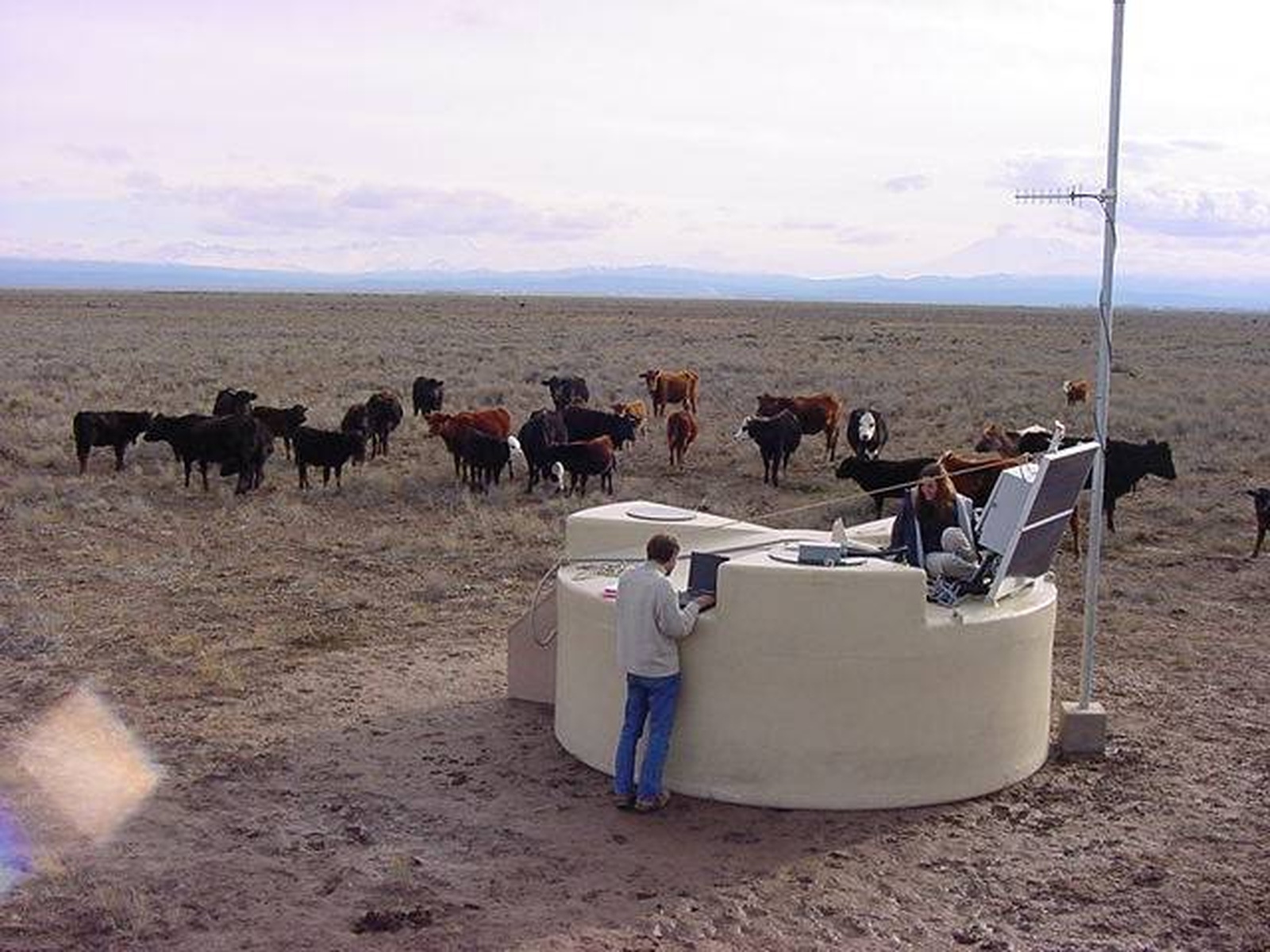 The Pierre Auger Observatory explores the origins of extremely rare ultra-high-energy cosmic rays—charged particles from space that hit Earth, some with energies 100 million times higher than those made by the world's highest-energy particle accelerator, the Tevatron at Fermilab. These are the highest-energy particles ever recorded in nature. When such a particle hits the atmosphere it creates an air shower that can contain 200 billion particles by the time it reaches the ground.

The one-percent release is part of the worldwide Pierre Auger education and outreach program. It will allow teachers to expose students to real scientific data and the breathtaking processes that take place in the cosmos, hurling charged particles toward Earth. The two Web sites provide the data both as graphical displays and in tabular form. For each cosmic-ray air shower, the Web sites show the energy and direction of the incoming cosmic-ray particle. The public data provides information on cosmic-rays with energy up to 5 x 10^19 electron volts (eV).

When construction is complete near the end of the year, the Pierre Auger Observatory will extend over 3000 square kilometers (~1000 square miles) in Argentina's Mendoza Province, just east of the Andes Mountains. The full observatory will consist of an array of 1,600 detectors that record charged particles created by air showers. Information gathered by the detectors is transmitted to a central data acquisition system using solar-powered cellular phone technology. Surrounding the detector array and looking toward its center is a set of 24 telescopes that—on clear moonless nights—observe the ultraviolet fluorescence light produced as shower particles travel through the atmosphere.

The Pierre Auger collaboration includes more than 370 scientists and engineers from 60 institutions in 17 countries, which share the construction cost of approximately $50 million (US). The international funding agencies contributing to the Pierre Auger Observatory as well as the participating institutions are listed below. Images are available at:
http://www.auger.org/media/. 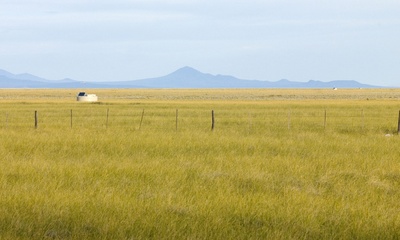 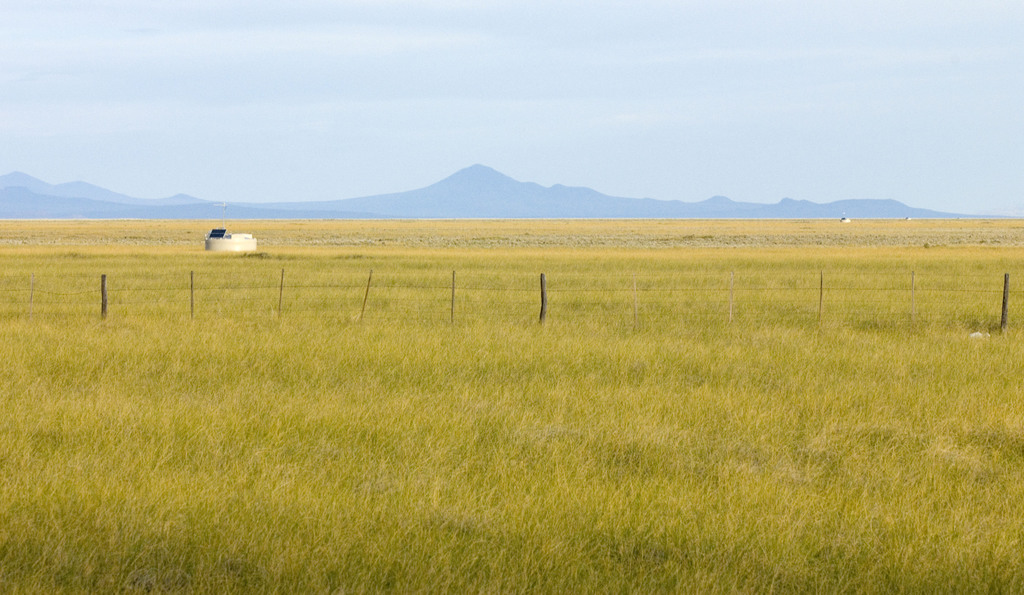 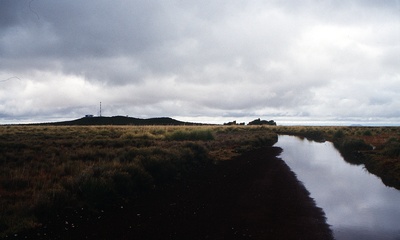 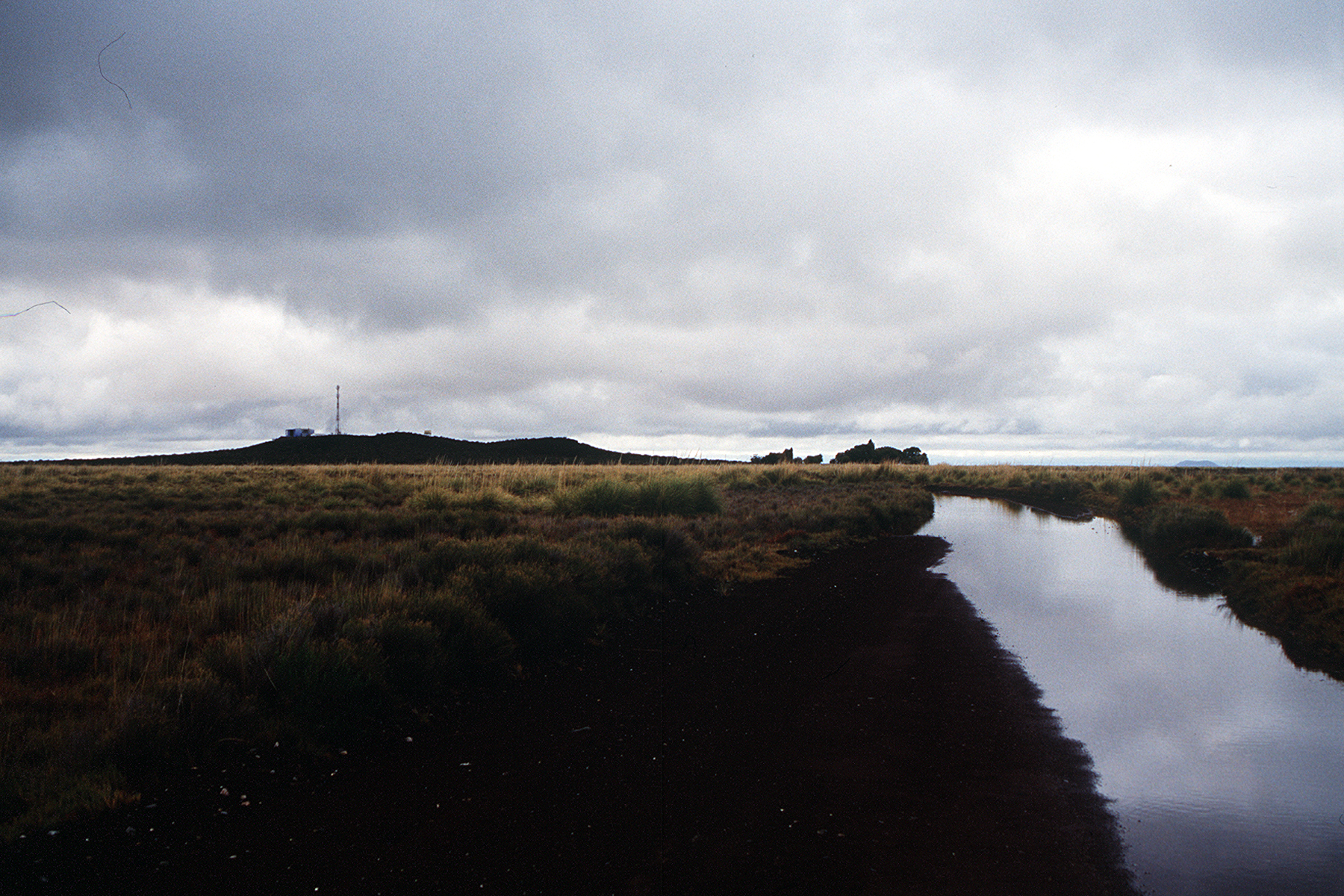 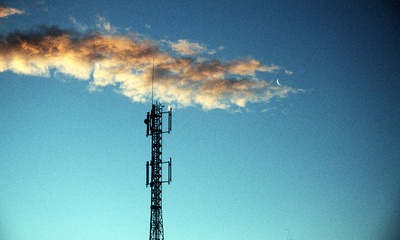 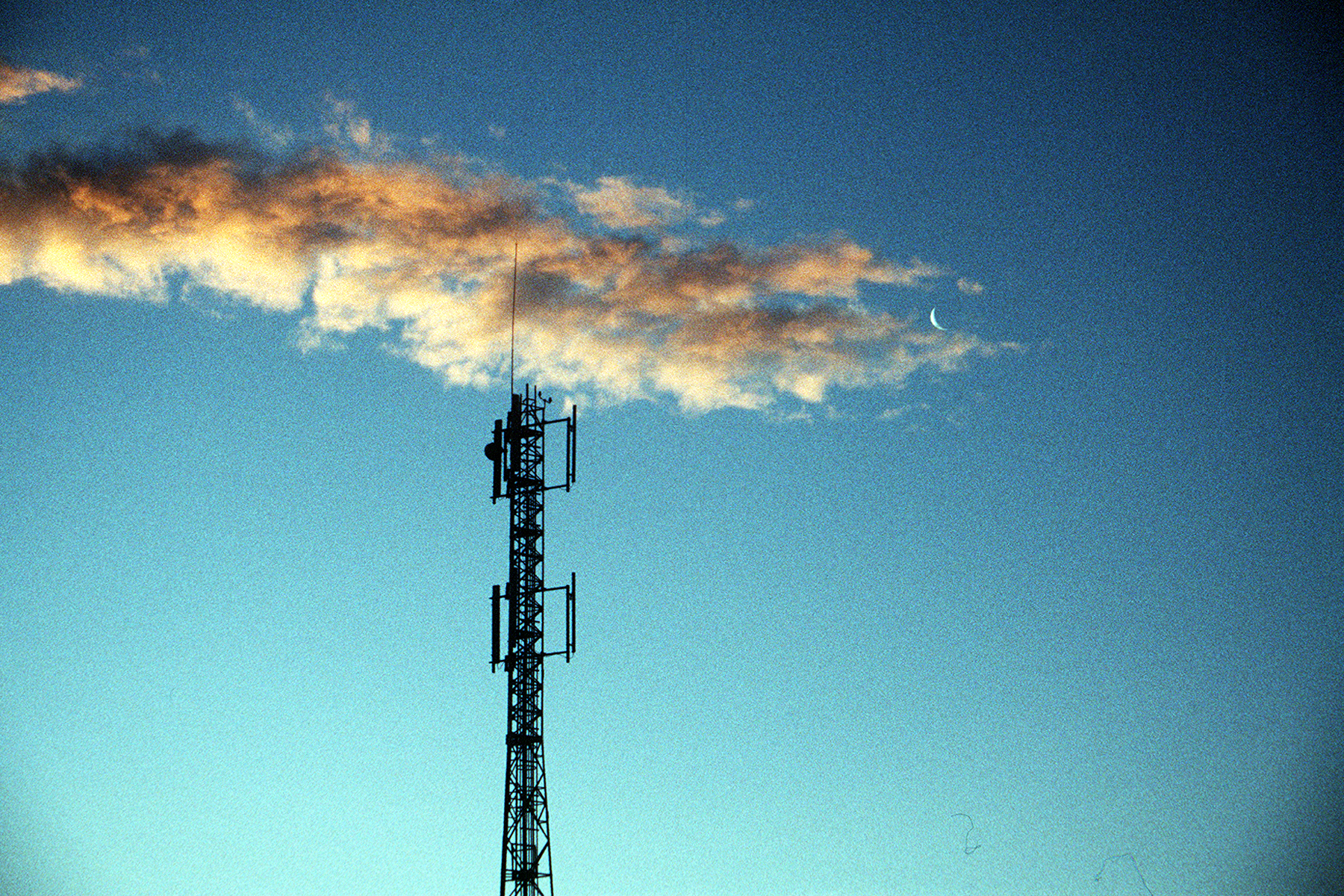 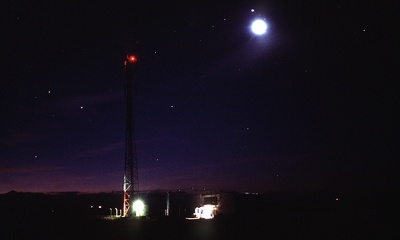 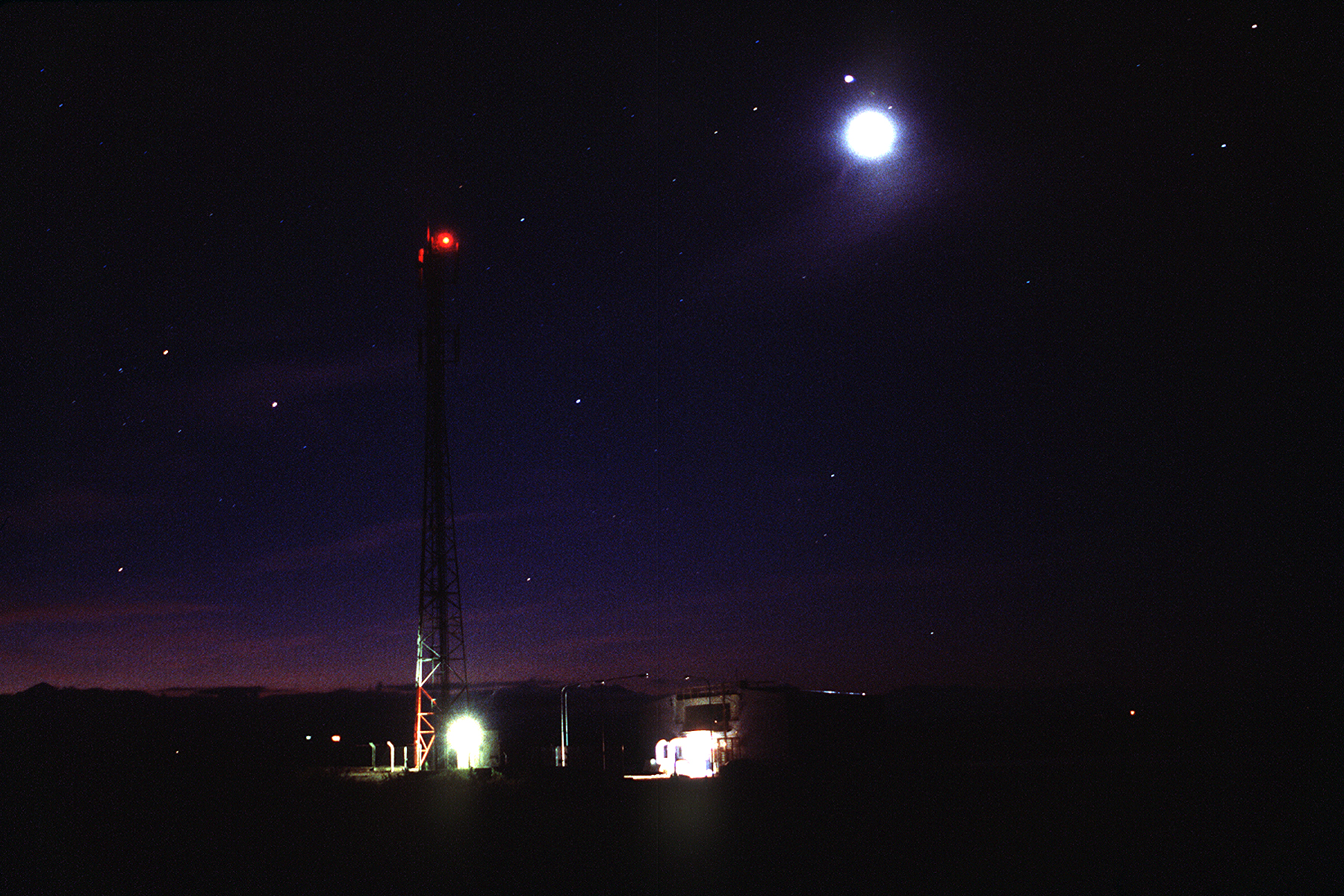