On 14 March, a famous British physicist Stephen Hawking died at the age of 76. He explored the universe and black holes. He became a world-renowned physicist with his contributions to quantum gravitation and black holes as well as through his popular-scientific publications in which he explained the universe in an intelligible and easy graspable way.

Our staff member Prof. Dr. Andrea Gomboc gave the following statement for the Delo newspaper: “He was one of the leading researchers in the field of the black holes theory and with his work, he, directly or indirectly, influenced everyone who deals with the black holes related topics. He did a lot for science with his more popular scientific works and his lectures in which he managed to explain complicated areas of contemporary research to a broad audience. Consequently, he has awoken the interest for the elemental questions about the universe in many people.” 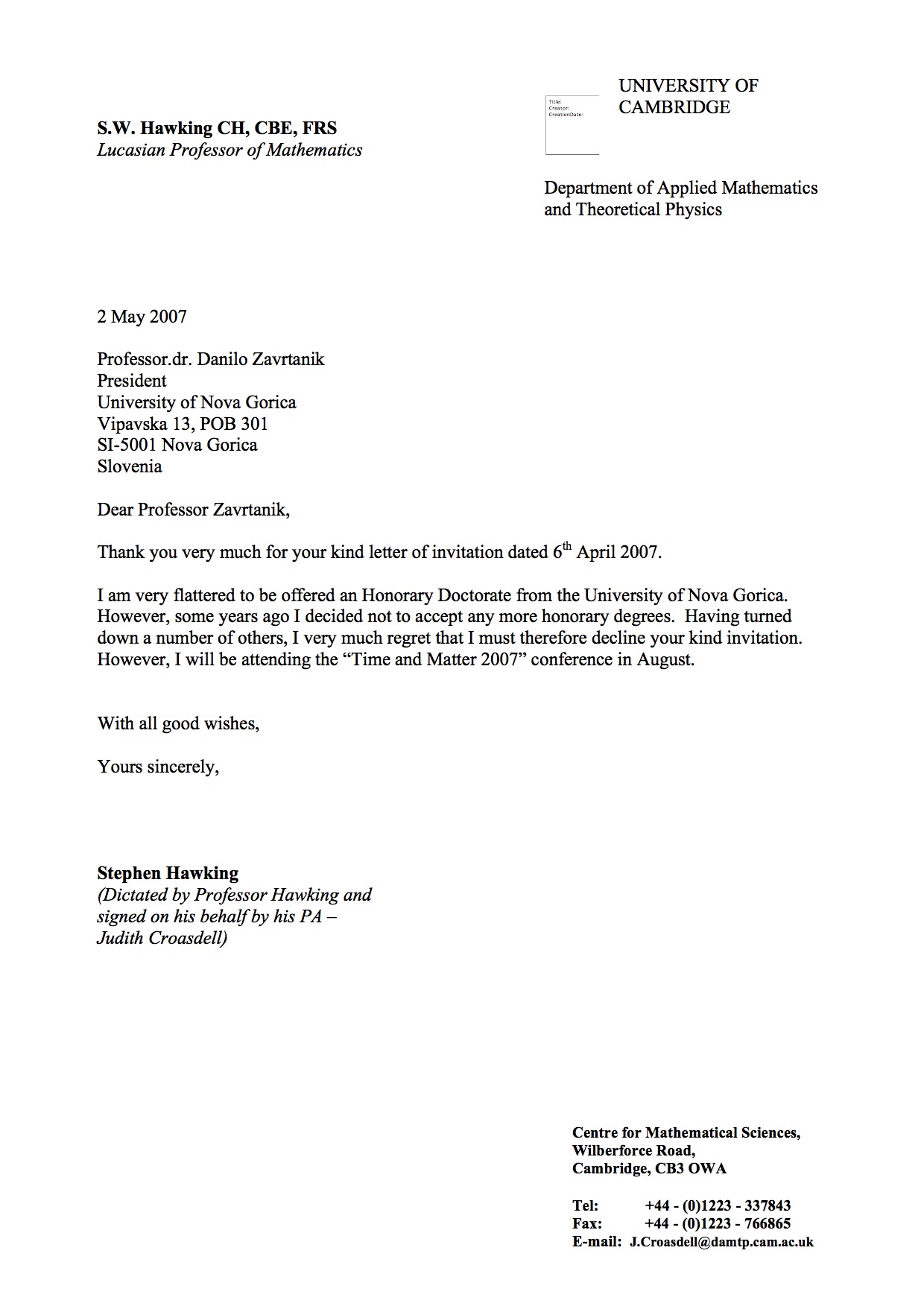