Extreme pilot Matevž Lenarčič and head of the Centre for Atmospheric Research at the University of Nova Gorica, Griša Močnik, successfully completed 11 research flights over Cape Verde during the measurement campaign of the European Space Agency (ESA). 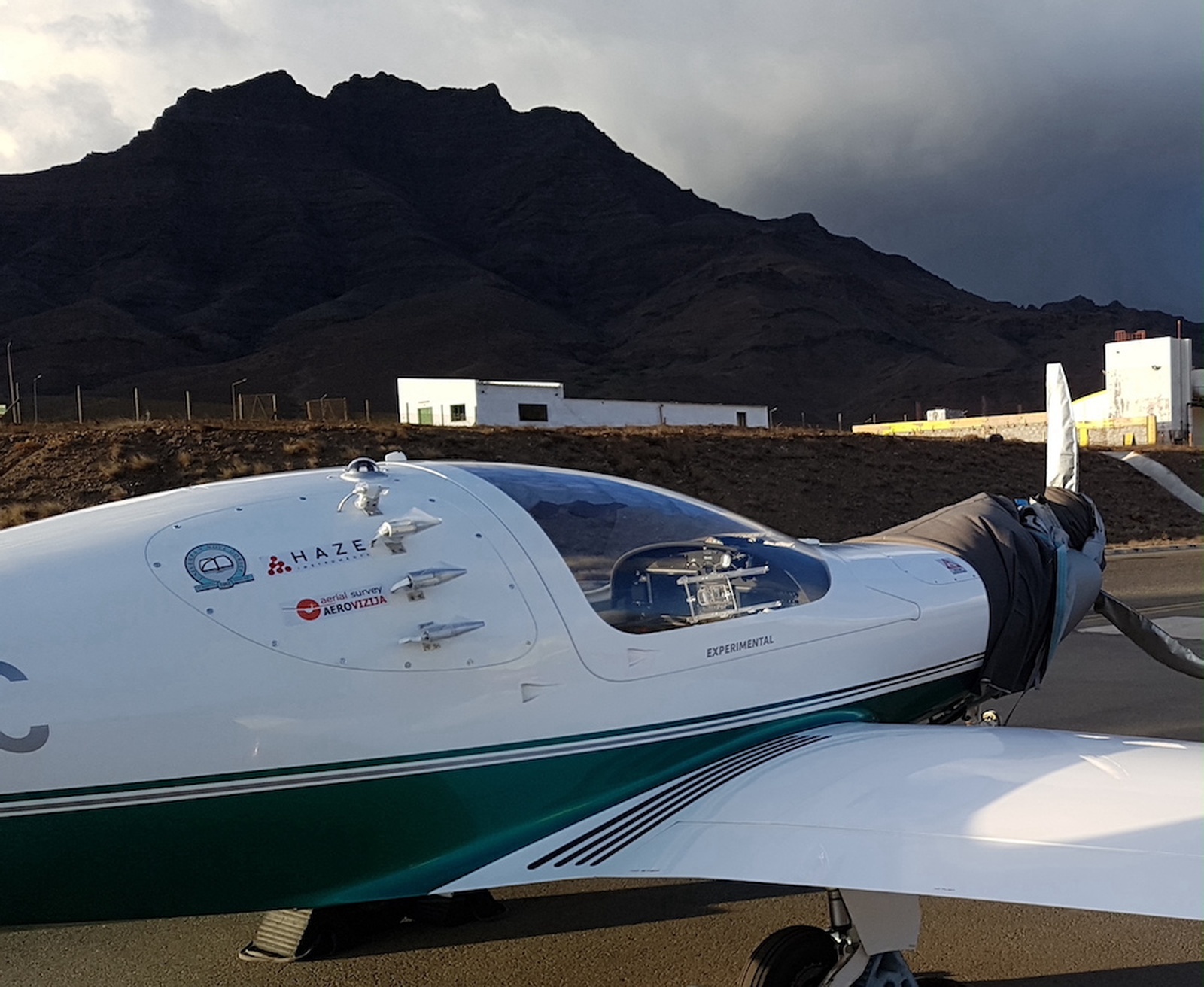 The data obtained will enable an in-depth understanding of atmospheric processes and the calibration of the ALADIN lidar instrument on the Aeolus satellite.

This international project (JATAC – Joint Aeolus Tropical Atlantic Campaign) took place in September in Cape Verde and on the island of Saint Croix in the Caribbean. The project participants included the USA’s National Aeronautics and Space Administration (NASA), the French National Centre for Scientific Research (CNRS), the German Aerospace Centre (DLR), the Greek National Observatory of Athens (NOA), and the Slovenian University of Nova Gorica. Aerovizija d.o.o. and Haze Instruments d.o.o. were also a part of the team.

Matevž Lenarčič and Griša Močnik, who is also the Slovenian project head of research, conducted the research flights in “difficult conditions of low visibility, over the high seas, with strong turbulence during take-off and landing at the Cesaria Evora airport in São Vincente.”

Using seven different instruments, the Slovenian team captured the data in the lower layer of the atmosphere, to a height of approximately three kilometres. It measured particle size distribution and their optical characteristics (absorption and dispersion) at different altitudes.

Močnik and his team will analyse and scientifically interpret the obtained data in the context of the complete findings of the JATAC project. The obtained data will provide an in-depth understanding of developments in the atmosphere, the impact of different particles on atmospheric warming, climate change, and the development of an increasing number of extreme weather events.

Lenarčič flew from Slovenske Konjice on 4 September aboard his Advantic WT10 Research. It took him 25 hours to fly over the Spanish Jerez and Gran Canaria to the Cape Verde island of São Vicente, where he was joined by Prof. Močnik. The aircraft was equipped with the instruments of the University of Nova Gorica and the company Haze Instruments d.o.o., with the help of Luka Drinovec, Blaž Žibert, and Uroš Jagodič. 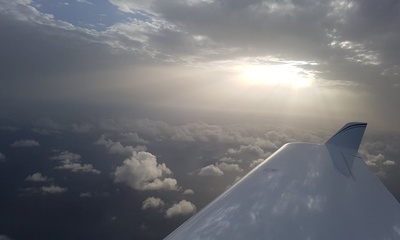 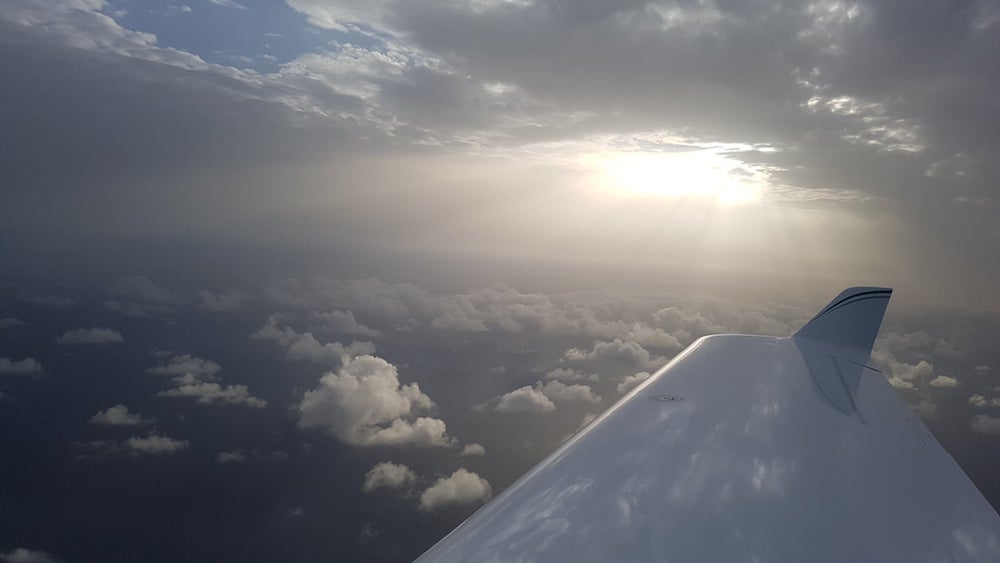 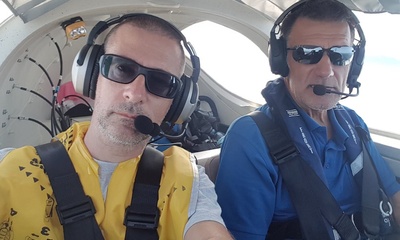 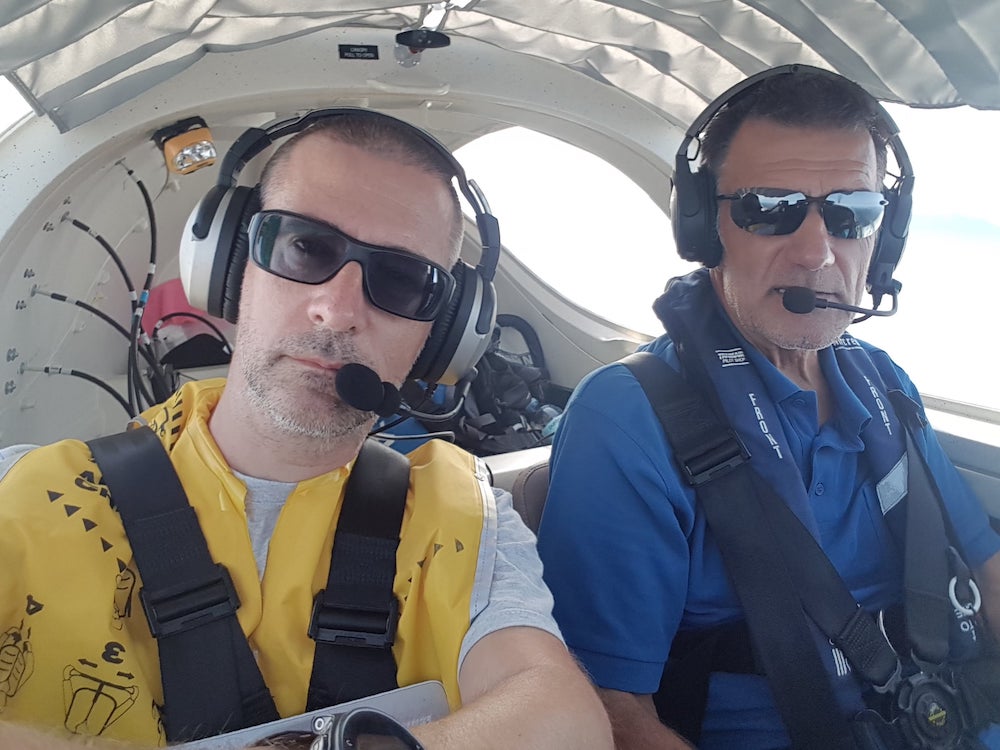