School of Arts among this year's Animateka winners

The 18th Animateka International Animated Film Festival of 2021 was a successful one for the School of Arts of the University of Nova Gorica. 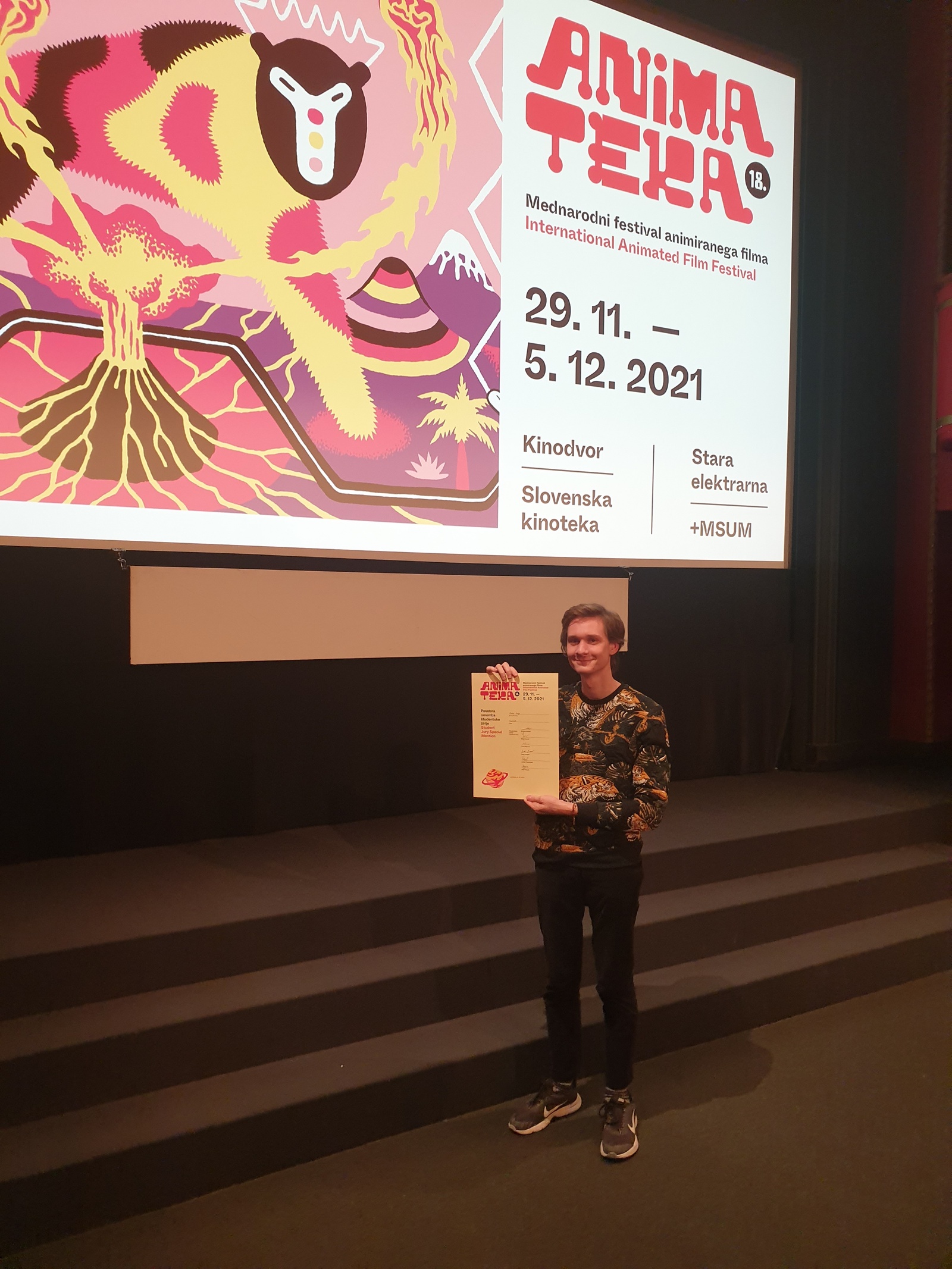 The jury gave an honourable mention (Young Talent Section) to student Miha Reja for his graduation thesis film Kurent. In the spring, his video pitch for the same film had already garnered him a participation award at the international ASF - Animation Sans Frontières project.

Our colleague Tina Smrekar was a producer (Finta) on the film Steakhouse (directed by Špela Čadež), which received an honourable mention from the international jury in the main competition section.

We are also very proud of our alumni. Urška Djukić received the Audience Award (DSAF) for her film Babičino seksualno življenje (eng. Grandma's Sex Life). In the AnimatekaPRO Pitch 2021 programme, our alumna Sandra Jovanovska received first prize for her new and first professional film No one ever looked at elephants as you do (produced by Miha Černec – Staragara).

The School of Arts has been cooperating with the Animateka International Animated Film Festival since its first instalment in 2003. In cooperation with the Academy of Fine Arts and Design of the University of Ljubljana, they jointly award the Young Talent Award for Best Film to students from European schools of animated film.