Technological advancements in the last decade opened a possibility to perform sky-surveys, which are repeatedly covering large areas of the sky and detect a large number of new, brief transient sources in the sky. While some are easily identified (e.g. supernovae), some remain a mystery due to their short duration.

Some of detected transients were identified as long-awaited flares from tidal disruption of a star by a massive black hole – Tidal Disruption Events (TDEs). When a star (or some other object such as a planet, asteroid, gas cloud) comes too close to a massive black hole, its tidal forces may completely destroy the star. As the star is disrupted, its internal energy released and fallback of debris on the black hole produce a bright flare, which according to theoretical predictions can be seen from X-rays to ultra-violet and optical wavelengths and can last several weeks to years.

Theoretical studies of tidal disruption of a star by a massive black hole began in 1970s, while first TDE candidates were detected in recent years. Comparison of observations with theoretical predictions finally enables us to test theoretical models and to improve them. Therefore, the study of TDEs is currently rapidly developing field of research, both observationally and theoretically. One of the projects, which can detect TDEs, is the European Space Agency’s satellite Gaia. Although Gaia’s main goal is observation of stars in our Galaxy, during its continuous scanning of the sky it also detects a large number of transients as a side-product. Data about these, called Gaia Science Alerts, are the first publicly available data from Gaia. 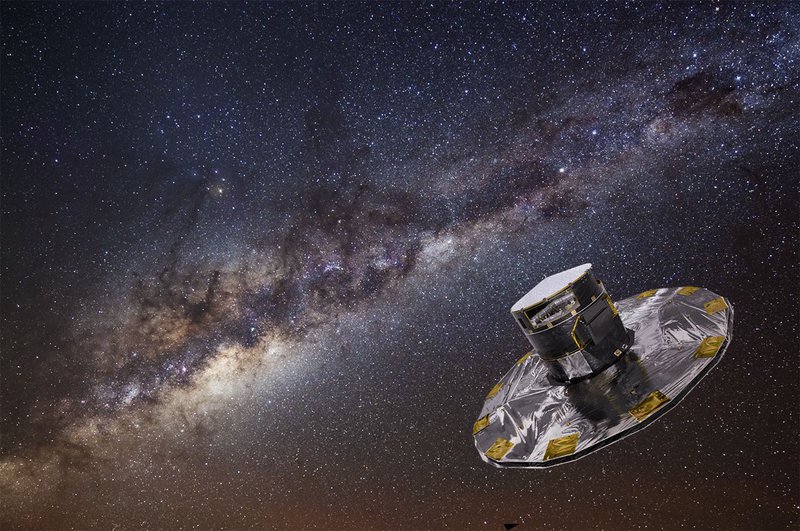 At UNG TDEs are studied by Prof. Dr. Andreja Gomboc and young researcher and PhD student Aurora Clerici, who are members of the Gaia Science Alerts Working Group.