Ultra-high energy cosmic rays (UHECR) are particles which arrive to Earth
from space, with the highest energies ever detected. Their particle identities and sources are as yet unknown, and, at the highest energies, less than one particle per millennium hits a square kilometer of the Earth’s surface, so the UHECR can only be detected through their interaction with the Earth’s atmosphere. In collision with molecules of air they create extensive air showers of charged energetic particles that almost simultaneously hit the ground, covering an area of tens of square kilometers. Since 1999 we are involved in the Pierre Auger Collaboration. To detect the UHECRs the Pierre Auger Collaboration operates a vast observatory stretching over some 3000 square kilometers of pampa in Argentina’s Mendoza province and that is capable of measuring incoming directions, rates and energies of the UHECRs. Our center is involved in data analysis and interpretation, development and management of atmospheric monitoring sites, development of the distributed GRID computing system and studies of the effect of the cosmic magnetic fields on the UHECR trajectories. 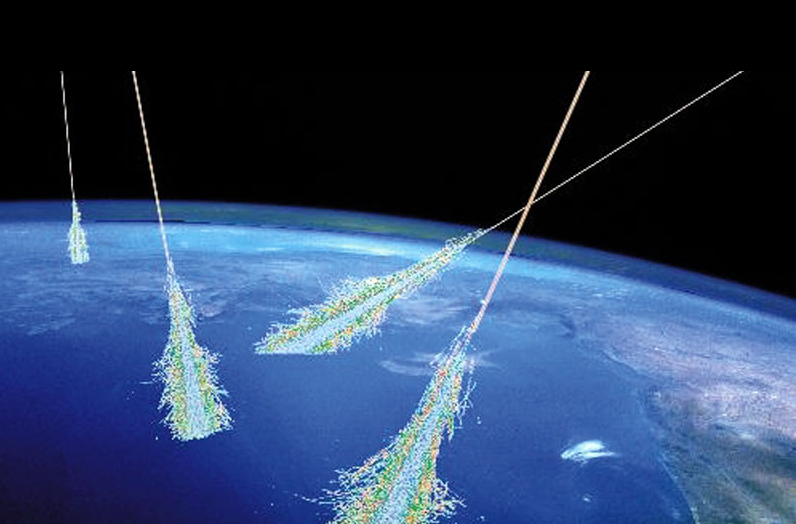