The first chapter illustrates the extent of the perception of foreign women writers in the Slovenian ethnic territory. Many names and works of women writers were found in Slovenian periodicals and libraries. In addition to identifying intertextual connections, Tanja Badalič argues that interesting dynamics of literary perception were also a characteristic of Slovenian literature of that time.
The second chapter is dedicated to research into the influence of the controversial writer Laura Marholm and the principal Slovenian modernist Zofka Kveder. Katja Mihurko Poniž, concludes that the reception of Laura Marholm was as ambivalent as her book, which became evident in the analysis of the reception of another writer, Zofka Kveder herself.
The third chapter illustrates the possibilities of visualisation of information from the virtual research environment VRE Women Writers. In their contribution, Aleš Vaupotič and Narvika Bovcon explain how students at the Faculty of Computer and Information Science, University of Ljubljana, designed different visualisations and thereby reflect the relation between a literary scholar, a graphic designer and a computer engineer.

This work is licensed under a Creative Commons Attribution-NonCommercial-NoDerivatives 4.0 International License. 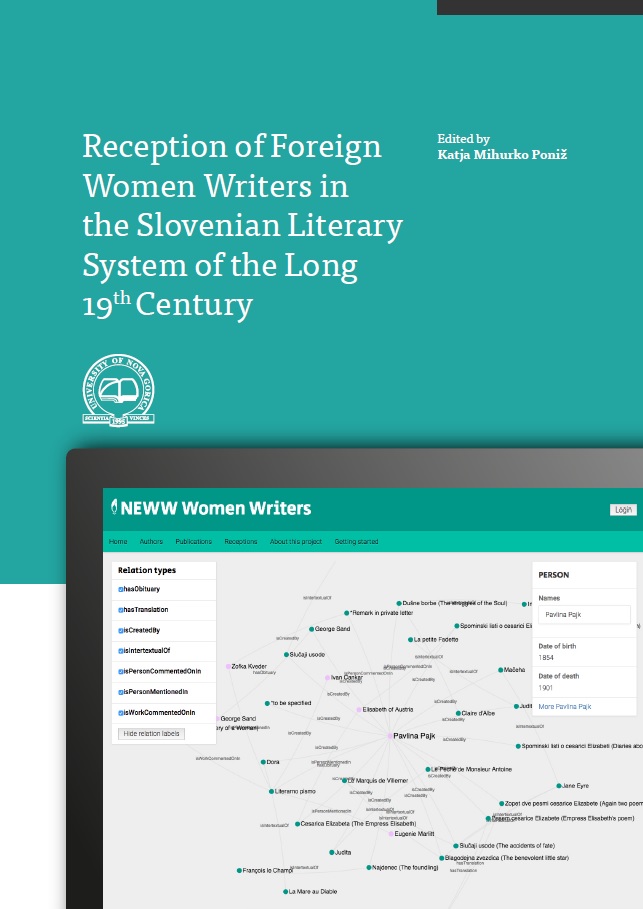