The University of Nova Gorica (UNG) has been a part of the global university ranking program called »U-Multirank« since the very beginning of this European project. This year’s results of the comparative rankings of different universities from all over the world (»U-Multirank 2016«), published on the website www.umultirank.org, show that UNG’s results are high above average, within the global university chart (Same exceptional results were obtained by UNG also in the last year’s »U-Multirank 2015« comparisons of universities.). 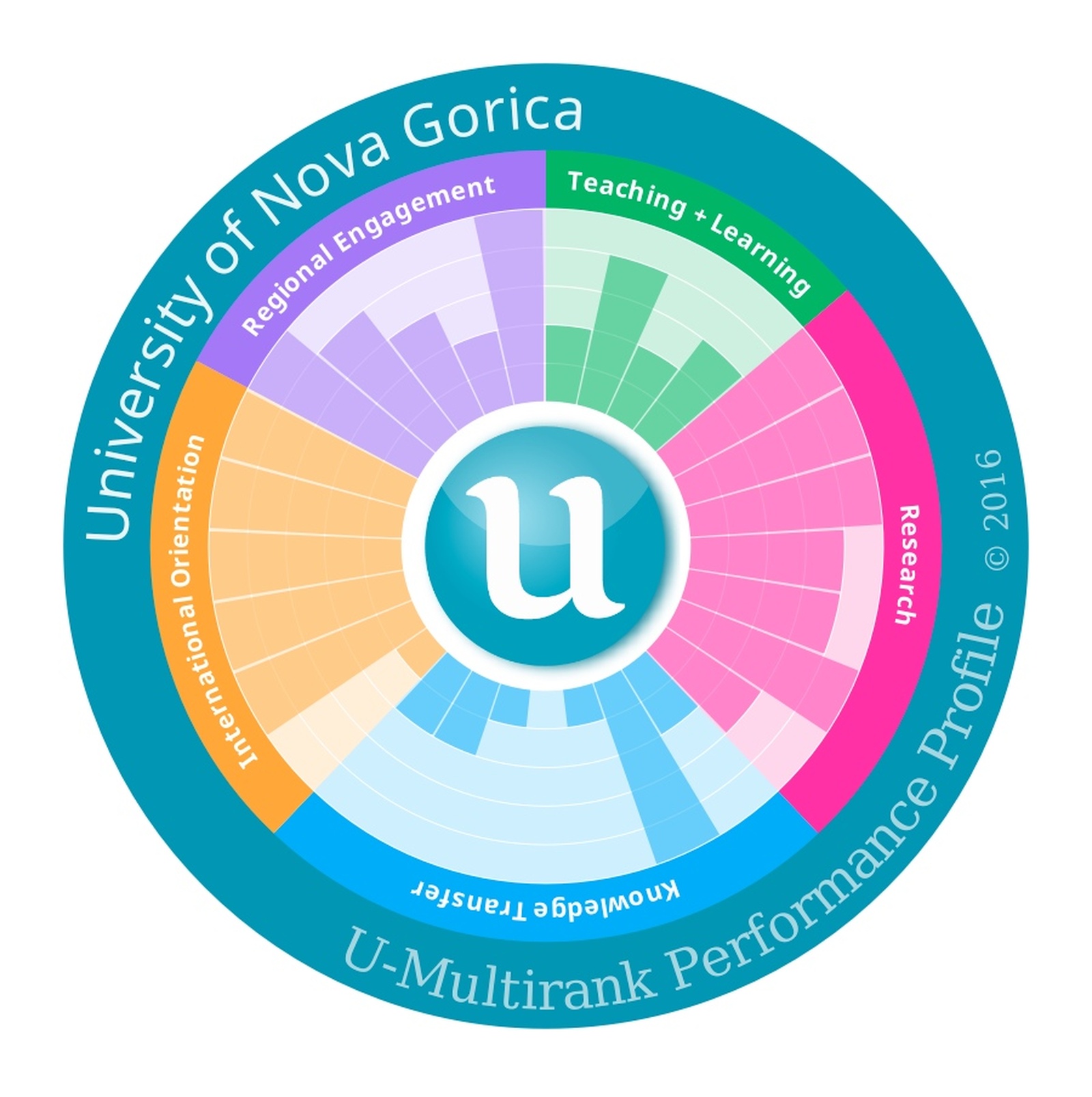 U-Multirank is the first global chart that gives a multidimensional picture of the way universities operate, as it compares universities in five different areas: teaching and learning, research, international orientation, regional engagement and knowledge transfer. If compared to other ranking charts that are geared towards classifying universities in charts like “best 100 universities” (based on a communal grade that is composed of parameters with different levels of importance), U-Multirank gives a complete picture of each university’s virtues and disadvantages. This approach and method give students the right sort and amount of information so they can pick the university that is appropriate for them more easily.

In order to create an efficient display that compares universities, the U-Multirank project offers to the students an online application that can be found on the following website www.umultirank.org. By using this application, anyone can directly pick various universities in the select region or wider (on a global scale) and compare them in the areas of their interest.

U-Multirank uses 31 different indicators by means of which universities are graded and compared in various areas and activity fields. U-Multirank uses a five-degree chart: 1 – exceptionally good; 2 – good; 3 – average; 4 – below average; 5 – weak. Detailed results that pertain to UNG (based on individual indicators) can be found on U-Multirank’s website: "www.umultirank.org".

Despite its youth (this year, UNG celebrates its 20th year of existence) and relative smallness, the University of Nova Gorica displays a visible degree of excellence on the global scale. The top results that it has achieved are not coincidental, but a result of hard work and a clear vision the university has set for itself and was approved by the University’s Senate.

Vision statement: The University of Nova Gorica aims to be a research, internationally established university, which will be recognised as a driving force of social development in the region and a wider context. With its innovative teaching approaches in both Slovene and English, the university aims to develop teaching excellence at its contemporary study programmes, thereby securing a high level of employability to home and international students. The university will endorse its motto Sciencia vinces (»with knowledge to victory«) by providing a creative environment for researchers, professors and students, thereby enabling opportunities for top achievement results in the cutting-edge fields of science, technology and art.