Study of Gamma Ray Bursts, the most powerful explosions in the Universe

Gamma Ray Bursts (GRBs) are the most violent explosions in the Universe since the Big Bang. They are unpredictable, short (lasting ~0.01-1000 s) and happen at random times in random directions in the sky.

Gamma Ray Bursts (GRBs) are the most violent explosions in the Universe since the Big Bang. They are unpredictable, short (lasting ~0.01-1000 s) and happen at random times in random directions in the sky. Because gamma radiation does not penetrate Earth’s atmosphere, they are detected by satellites (Swift, Fermi, Integral), which through the Gamma-ray bursts Coordinates Network send information about a new GRB to observers, so that they can commence observations of the GRB’s location as quickly as possible with ground-based telescopes. At a GRB location typically a source of X-rays and optical light appears. This source is called an afterglow and also fades with time, but more slowly than gamma radiation. Optical afterglows can be observed with ground-based telescopes and are typically visible for a few hours or days, rarely even a few weeks.

Observations of afterglows revealed that GRBs occur in other galaxies and are produced in two ways: by core collapse of a massive, rapidly rotating star, and by a merger of two neutron stars and/or black holes. A black hole or a neutron star with very strong magnetic field is produced and in a matter of seconds huge amount of energy is released – comparable to the energy released by a supernova explosion in several months or emitted by our Sun in several billion years (animation of a Gamma Ray Burst, source: NASA). 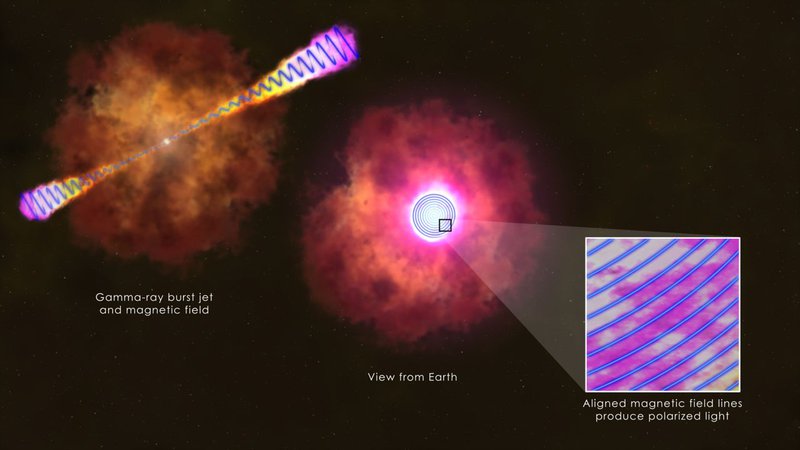 GRBs are one of the hottest topics of modern astrophysics (more about GRBs in the review paper in Contemporary Physics). Their understanding is important for different areas of astrophysics: from stellar evolution and properties of host galaxies to studying interstellar and intergalactic material. Thanks to their immense power, we can observe GRB explosions even if they occur more than 10 billion light-years away, in very young universe – they enable studies of stars, galaxies and gases practically through the entire visible universe and its history, since the first stars until present day. 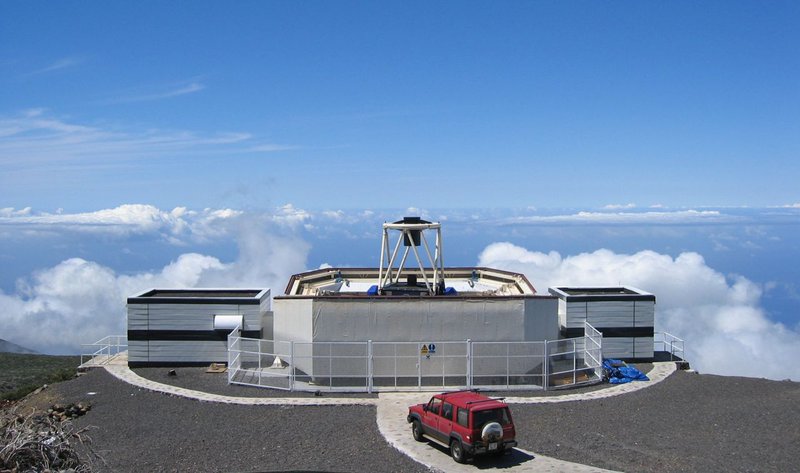 GRBs are interesting also for physics in general, because they are laboratories for ultra-relativistic explosions coming from regions with very strong gravitational and magnetic fields. They are also possible sources of high-energy particles and gravitational waves. GRBs enable studies and testing of the laws of physics in extreme conditions, which can not be reproduced in laboratories on Earth.